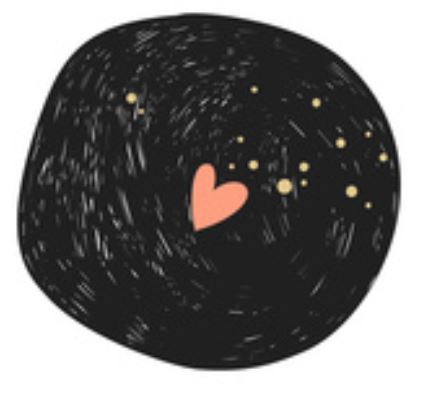 I got mail! You dear people have kept my neighborhood Postie busy, and I couldn’t be more grateful. The first time I came home to see an envelope peeking out, my eyes clouded with tears and I could hear the swell of the movie-moment orchestra in the background. I reached for it with all the tearful, dramatic anticipation of Gwyneth Paltrow accepting an Oscar as I eagerly scanned the return address to see it was from…the bank. (Getting my New Zealand bank card was actually very exciting, but not quite worthy of the same sentiment as a letter from Mom.)

You’ve stuffed my rickety mailbox with books, delicious-smelling soaps, crayon-scrawled pictures, even a fairy wand. I was never a princess kind of girl, so believe it or not, this is the first fairy wand to come into my possession. Now that I have one, I’m a little surprised I’ve made it this far in life without it.

Best of all are the letters. My Aunt Lola wrote in her sweet card that she remembers with fondness the quiet joy of reading and re-reading letters from home, even if they’re just snippets of the day. There is so much truth in this, and every letter I’ve gotten has been savored several times over. Imagining the everyday goings-on – grain-dusted harvest suppers in the field, bleary-eyed nights with sick babies, kiddos packing up their crayons and fears and eagerness for the first day of school – those are the moments that somehow make everyone feel a few miles closer.

After the most recent tear-stained journey back from the mailbox, I texted my mom, “Do you think I’ll ever stop crying when I get mail from home?” Not anytime soon, it seems.

How often have I lain beneath rain on a strange roof, thinking of home. 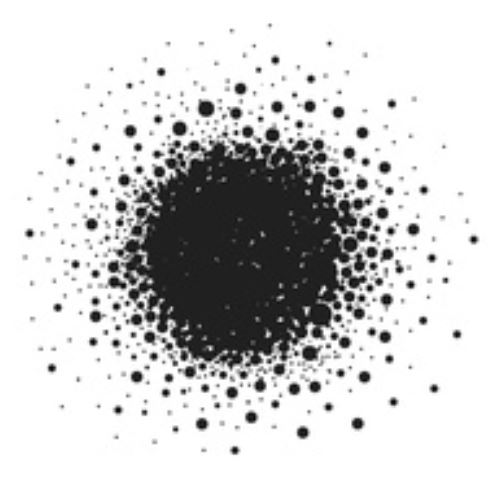 I took the first wobbly, earnest step in my PhD journey and submitted my research questions. If you’re not into the snoozefest of academic writing, here’s the one-word version: belonging. More specifically, it’s a deep dive into what makes us feel like we belong (at work and in the other spaces of our lives), why that matters, and how we can make it happen more often.

Whether it’s collectively or with just one person, we all want to feel like we are not just allowed to be here, but we are welcome, that there is value inherent in our presence. Life can be hard, and some days it’s easy to feel like the world has gone mad. This work reminds us that in the midst of the madness, there is a place for all of us.

When we try to pick out anything by itself,

we find it hitched to everything else in the universe. 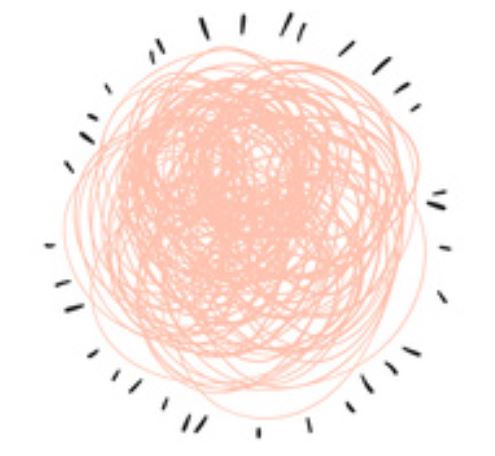 After a long and rather accidental break-up, the library has made a reappearance in my life. You might think this is delightful news (I certainly did) but in fact, it is turning out to be dreadful for my productivity. I haven’t had a library card since the beginnings of my nerdhood in elementary school and I’ve been e-reading for several years now, so the rediscovery of real, touchable books has been a sensory and intellectual feast. (There’s a little story in this post about my relationship with libraries, past and present.)

To thank me for my return, the biblio fairies saw fit to open a brand new, multi-level library in the central city, a breezy ten-minute bike ride from my cottage. It’s an architectural wonder of blonde wood, tall windows, and cozy nooks. I remarked to a friend recently that when I made the decision to move, I think God just started dumping all my favorite things in Christchurch. I’m pretty cool with that.

A smattering of the tastiest books I’ve scarfed down from the library: Bird by Bird, The Undoing Project, Being Mortal, and The Signature of All Things (the charming novel by Liz Gilbert that she spoke about in her stunning recent TED interview).  For more of my bookish musings, you can mosey on over here.

With freedom, books, flowers, and the moon, who could not be happy? 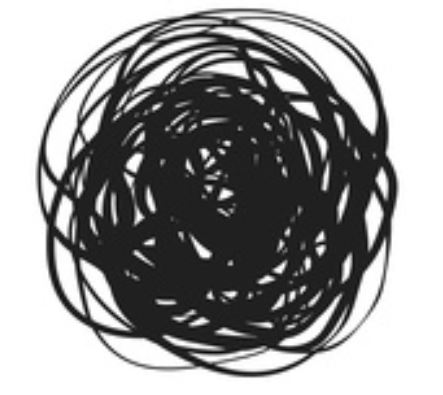 Wisteria made a mystical appearance on my front porch. This is important for two reasons:

1) I adore wisteria. I mean, if you don't immediately find yourself dripping in sentiment, sobbing for long-lost lovers at the sight of it, then are you even a real person?

2) This particular wisteria showed up to remind me that we’re all a little bit magic.

Here’s what I mean.

A few weeks ago, I was walking through my neighborhood a bit slower and daydreamier than usual, savoring the first breath of spring drifting through the streets. Suddenly, there it was, climbing up the lattice of a sweet storybook cottage a few doors away: the most audaciously lilac wisteria I had ever seen. It unearthed a deep longing to have one of my own, the likes of which I hadn’t experienced since I first set my sights on an American Girl doll. (I have Samantha, who is obviously the best American Girl. Feel free to debate me on this, but I don’t think you’ll win.)

I developed a serious crush on that wisteria, thinking about it all the way home, altering my daily route to see it more often, smiling at it affectionately every time I went by. Note to the future man in my life: if I can muster up half the adoration for you that I had for that plant, we’ll probably make it.

A few days later, little green buds started to sprout on the tangle of bare branches nesting quietly and inconspicuously next to my porch. They looked suspiciously like…wisteria. I furiously googled “wisteria buds.” Oh. Yes.
Ever since the first bud sprouted, I’ve been lavishing praise on this beauty.

“Look at you, growing so strong and lovely!” I tell her as I leave in the morning.
“You get more gorgeous by the day!” I exclaim when I get home.

She has responded to this ardent attention by growing several inches a day, wildly sprouting tender new branches that she flings gleefully in every direction. She even reached out and gave me a grateful, viney hug when I walked out the front door yesterday. (Actually, I got slapped in the face by a branch, but I know that wasn’t her intention.)

“That wisteria was there all along. It was going to sprout anyway,” you might scoff. I know. But I prefer life with a healthy dose of enchantment, and so does my wisteria.

Miracles are like pimples, because once you start looking for them you find more than you ever dreamed you'd see. 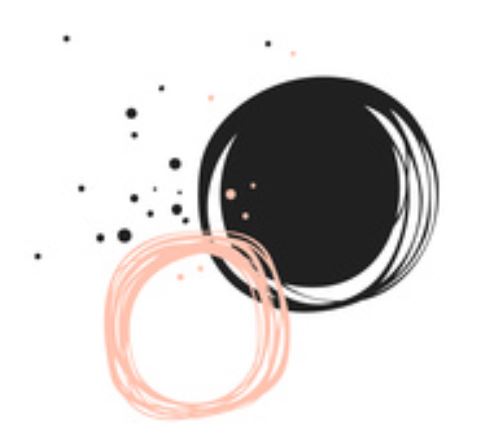 I met my next-door neighbor, a 76-year-old delight of a character who is so colorful, you’re going to think I’m making her up. (It seems likely she’ll make an appearance in a future book.) It was about 8:30 on a dusky weeknight evening and the birds were just beginning to slow their gossip outside my open windows. A spirited knock clattered on the front door and before I even opened it all the way, a hobbly old yellow lab brushed politely past my legs and disappeared somewhere behind me. I found his I’ll-just-make-myself-at-home manner to be quite endearing – even when I later discovered he had left a neatly piled, pungent “gift” on my kitchen rug.

“Well! Aren’t you a gorgeous creature!” Colorful Neighbor said, looking me up and down. Let’s be clear here: I was braless and fresh from the shower, my hair a damp mop having its way with my head. It didn’t dim her enthusiasm a lick, and she explained that she had come over to get the lawn mower, which we apparently share. (Isn’t that just sensible and lovely?)

“You’re a tidy one, aren’t you?” she said, peering over my shoulder into the hallway. “Don’t mind Charlie, he’s just old and friendly and curious. A bit like me, love,” she chuckled. We chatted for a few minutes as she clucked and sighed in delight over everything – how I ended up in New Zealand (“Such a brave girl!”), life as an academic (“Stay away from the boys in Forestry, they’re terribly boring!”), and my over-zealous pruning of the “dead branches” winding along my fence (“Oh no, love, those were the most beeyoootiful grapevines!”).

Charlie came ambling back and nonchalantly snagged a flip-flop (or jandal, as the Kiwis say) from my shoe rack. He limped around the front yard with it as we made our way to the garage to retrieve the mower. Colorful Neighbor snuck a peek in my bedroom window as we passed it and murmured to herself again, “Such a tidy one.”

For a moment, I zoomed out and I could see us there in my front yard, two ordinary neighbors wrapped in soft darkness and the scent of wisteria. She talked about her historical fiction series set in the sixteenth century Middle East, the Aston Martin convertible she used to rip around in, her personal meeting with the Dalai Lama, and of course, politics. (It’s impossible to be an American in any other part of the world without the discussion turning to the state of our political system. The whole world is watching.)

She told me about the astronomical youth suicide rates in New Zealand (an interesting dichotomy for what is also one of the happiest countries in the world) and reminded me that it’s precisely why the work I’m doing matters so much. There we were, chattering on about things deep and ordinary, with an old dog lumbering around on the fresh grass. For that sweet and familiar minute, it felt very much like…home.

As I opened the gate for her, she turned suddenly and wrapped me in a squishy, squeezy hug. She looked straight in my eyes and said, “We’re lucky to have you here, you brave girl. If you ever get lonely, you come over any time, love.” We all need a Colorful Neighbor in our lives. I feel awfully lucky this one’s mine.

You don't ever have to do anything sensational for people to love you. When I say it’s you I like, I’m talking about that part of you that knows that life is far more than anything you can ever see, or hear, or touch...So, in all that you do in all of your life, I wish you the strength and the grace to make those choices which will allow you and your neighbor to become the best of whoever you are. 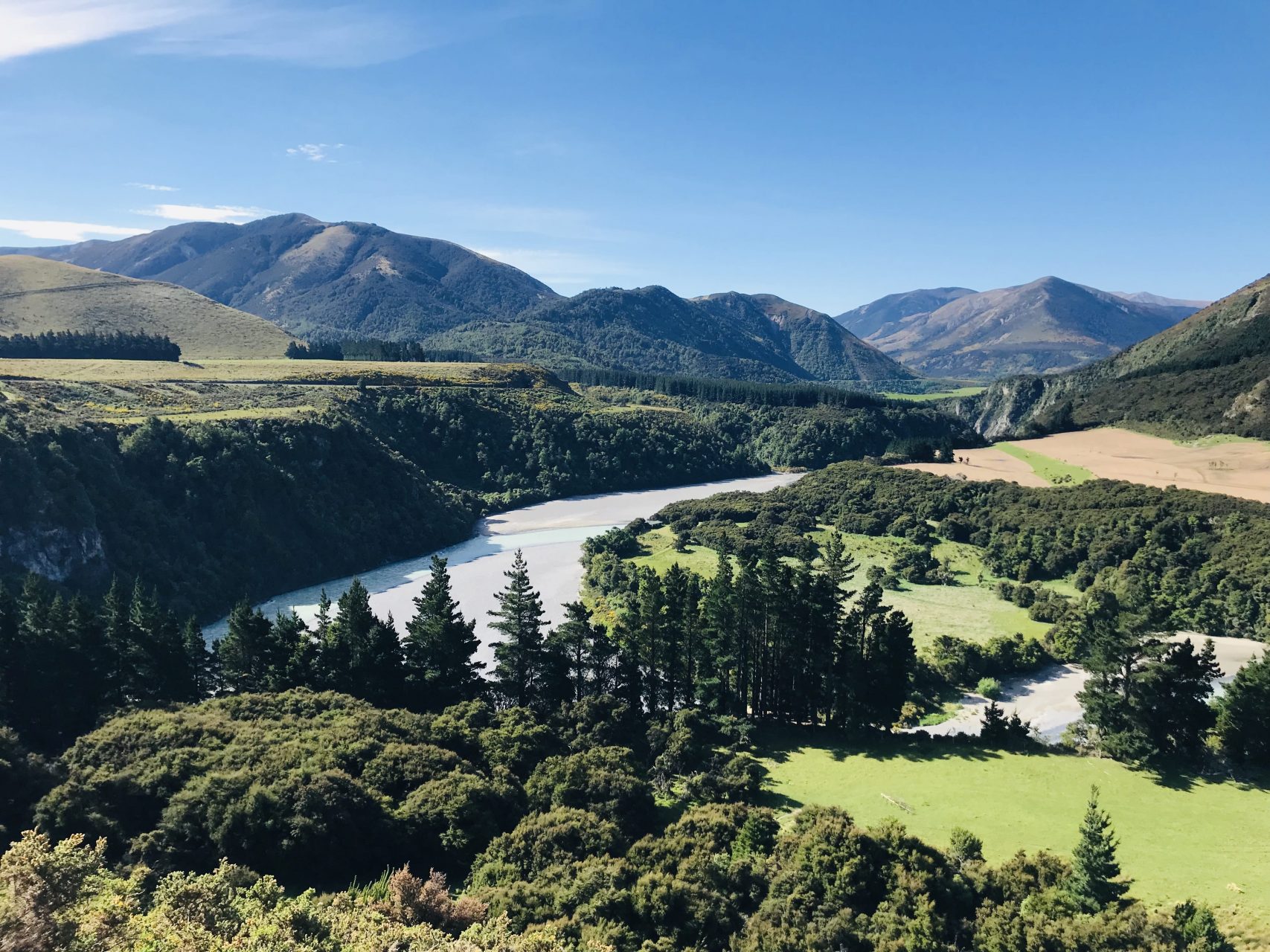 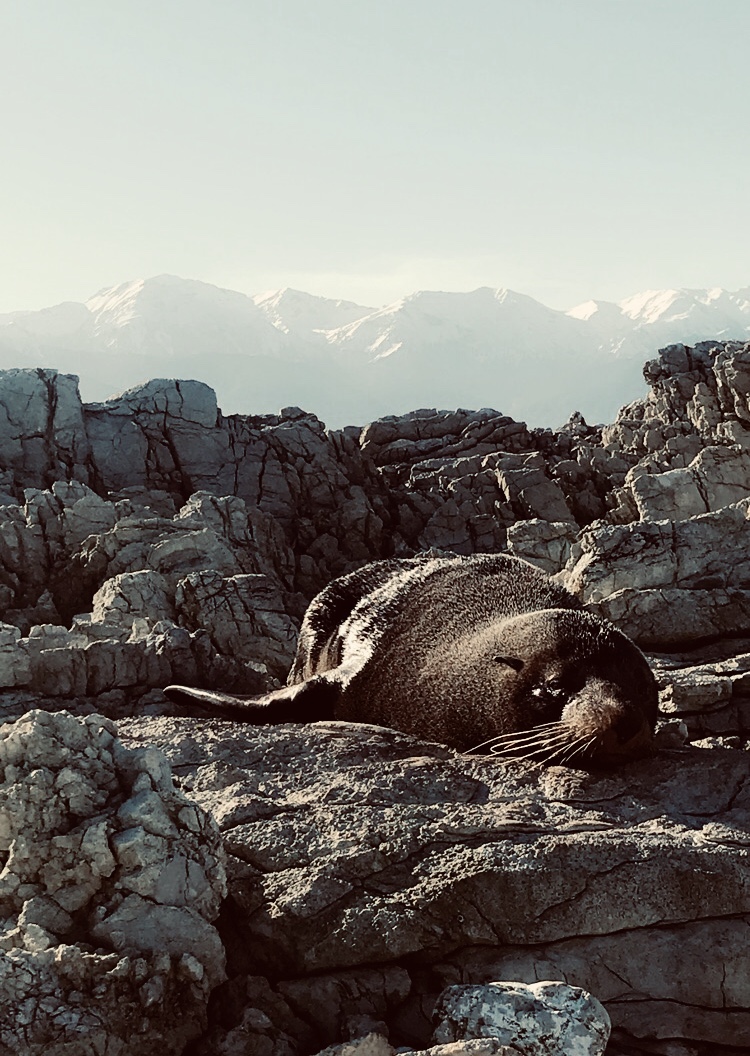 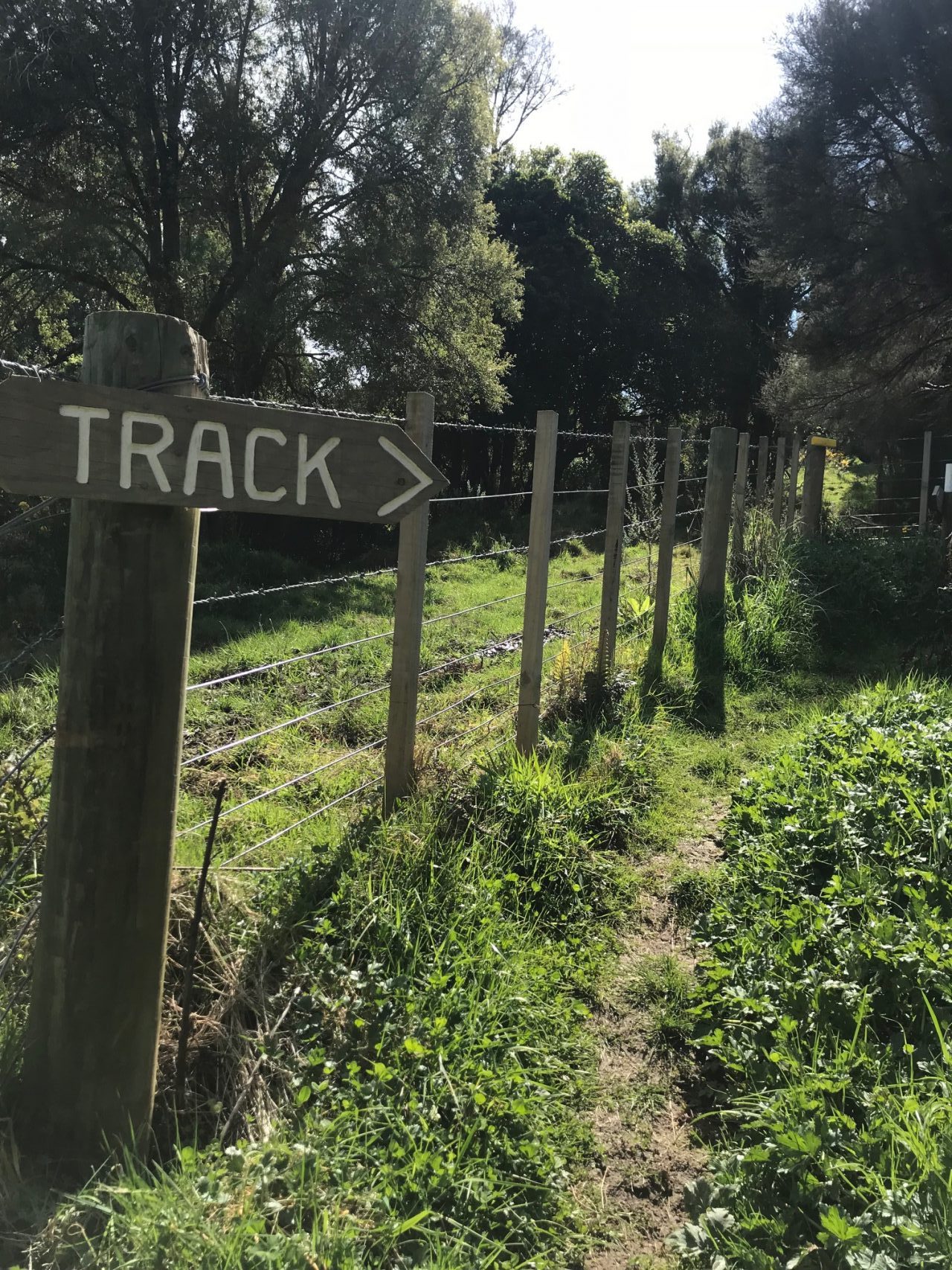 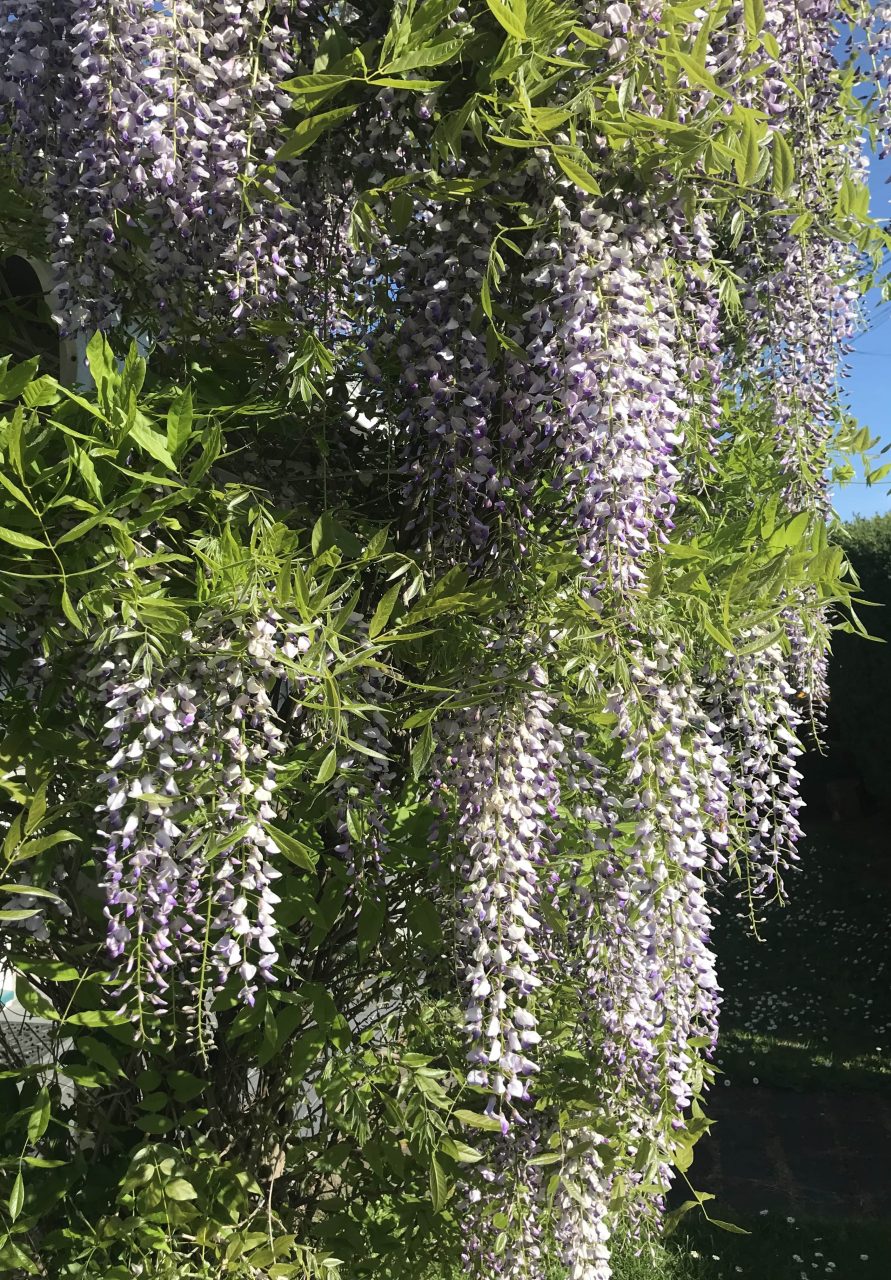 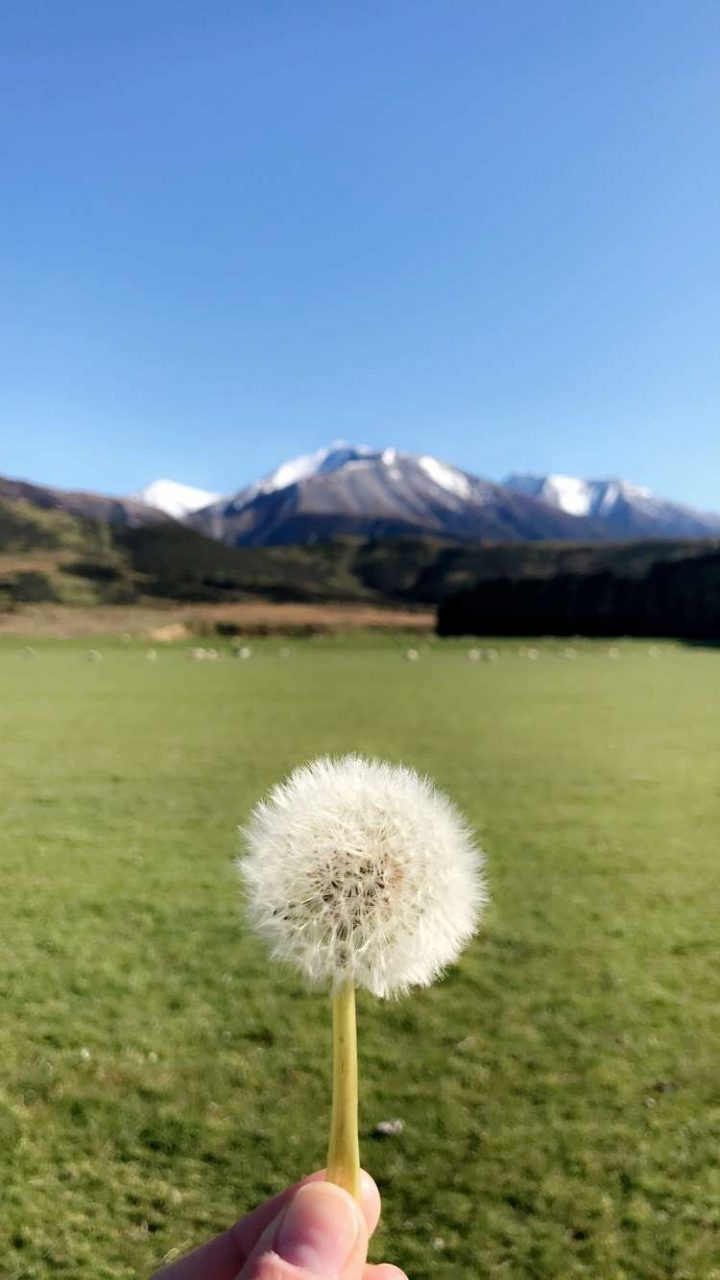